Who Are the Most Trustworthy?  The Guilt Prone

When confronted with a decision of whom to trust – how do we make that decision?  Research shows one important thing to look for is people who are prone to feeling guilty.

Evoking feelings of pride and awe impacts the connections customers forge with brands.

What Time of Day Affects Shoppers’ Appetite for Variety

Research shows how time of day impacts customer decision making.  Shoppers are more likely to seek variety in their buying decisions later in the day.

Testing the Reproducibility of Social Science

In a vigorous attempt to address the ‘replication crisis’ in the social sciences, a multi-institutional team found that many key findings failed to reproduce with the same significance seen in the original studies.  However, Researchers, betting in prediction markets, were accurate at predicting which findings would replicate.

Truth or Lies?  How a Question is Phrased can make a Big Difference

How do you get people to tell the truth?  According to new research, how one frames a question can have a lot to do with it.

Logic says that our charity dollars would do the most good if we donated them to organizations that were the most effective, but Donors tend to act more on emotion than rationality when choosing organizations to support.

Why Top Performers Quit When the Going Gets Tough

When the going gets tough, top performers often run for the exit.  It turns out the embarrassment of not meeting expectations can sometimes be too much to bear.

The Illusion of Multi-Tasking and Its Positive Effect on Performance

So Long, Selfies:  Why Candid Photos Make a Better Impression

Selfies have become ubiquitous in the social media age.  But all those posed photos might be impacting how others see us in a way that we didn’t intend.

This study investigates whether the development of morality is associated with measurable aspects of brain function and found increased brain reward system activity in individuals at a high level of moral reasoning.

Trash-talking is natural but how does it affect the targets?

The Behavioral Lab in the Daily Pennsylvanian

Students discuss their experiences of participating in experimental research.

Social Media Endorsements:  Where Will Marketers Draw the Line?

Paid endorsements on social media are growing – a form of messaging perceived as a more friendly recommendation than a hard-sell,but often it is not made clear these recommendations are paid for.

How Trump’s Election May Be Making Men More Aggressive

A study finds that men were more aggressive in their negotiation tactics against women following the 2016 election.

New research shows that abundantly happy people are perceived as innocent and unsophisticated, which makes them more vulnerable to deception.

Why Humans Distrust Algorithms – and How That Can Change

People can learn to rely less on their instincts and more on algorithms to make decisions.

Why Product Recommendations Can Lead to Bad Decisions

Surprising data about how consumers react to specific language used in reviews and recommendations and why that language could lead some astray.

Why early stage investors tend to trust their gut

The Emotion that Leads to Deception

Research shows that anger can influence people in organizations to lie or behave deceptively in areas having nothing to do with the original conflict.

Umpires’ calls in baseball inform our understanding of the accuracy of decision-making and the presence of statistical discrimination.

How Fundraising Incentives Can Undermine Persuasion

Research shows that using incentives to encourage generous behavior through fundraising can result in unintended consequences.

Voter Image – the importance of exercising the right to vote while offering some ideas that may get more people to the polls.

Using Humor in the Office:  When it Works, When it Backfires

Humor, when used appropriately, can enhance status and perception of one’s competence in the office, according to Wharton research.

How to Build a Culture of Originality

Empowering the rank and file to innovate is where most leaders fall short.

How to Get Stubborn Items Crossed Off Your To-Do-List

How long have you been avoiding one chore that you want to get done but never do?  Here are some ways to trick yourself into getting it off your task list.

Research looks at how the pain of others struggling with the agony of decision-making can influence our own process.

‘Recommended for You’: How Well Does Personalized Marketing Work?

Shoppers are usually steered to the top selling and rated products in personalized marketing, making it hard to find new items.

To Brag or Not: When it Pays, When It Backfires

Bragging about generous deeds could bring individuals praise or scorn, depending on their motivations.

To convince people to donate time instead of money, organizations need to speak to their moral sense of identity.

Does Variety Fuel Happiness at Work and in Life? It Depends

Doing similar things at one time or infusing variety in your workday could significantly change your perceptions of productivity and how happy you feel.

How Being Overweight Makes it Harder to Get Ahead

Obesity’s health risks are evident.  Less is known about perceptions of heavy people and the impact on one’s career. 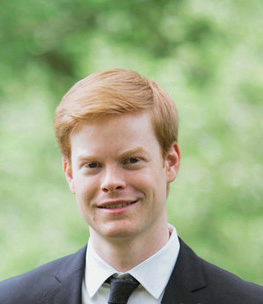 Confidence Games: Why People Don’t Trust Machines to Be Right

When given the choice of trusting our or another person’s conclusions or accepting facts based on algorithmically analyzed data, most of us tend to trust the human more.  But research shows that may not always be the best choice.

The Small Steps that Have Big Impact on Achieving Goals

A number of seemingly small steps can makes a big impact toward helping people face tough challenges or make a fresh start.

The Debrief is the basis for the article on the Wharton Behavioral Lab published in the Fall 2014 issue of Wharton Magazine.

Is Every Sin a Lie – Maybe Not

Is “every lie a sin,”as St. Augustine held some 1,600 years ago? People do sometimes tell “white lies” to spare feelings. But what if deception, in the right circumstances, doesn’t simply tread lightly on sensitivities, but actually breeds trust and promotes other forms of good? Many will judge those kinds of deceptions to be ethical, moral and even helpful;  “deception that can sometimes be helpful to other people.”

Making a Big (or Small) Decision – How Meditation Can Help

Forget the past. Ignore the likely future. Just spend a few minutes concentrating on your breathing, and focus on the task at hand.  The advice is almost too simple to believe. Recent research found that if followed, it could save time and money for everyone — from a consumer searching for a new car all the way to the head of a billion-dollar corporation

In a world in which brands are constantly in search of new sources of growth, extending brands into new areas is not uncommon.  What determines whether people will accept such extensions?

Contagious – Why Things Catch On

This interview discusses which organizations and individuals have conceived and implemented the most successful viral campaigns and why making something contagious does not have to be expensive.

Why Time – Not Money – Is the Key to Happiness

Money can’t buy happiness, but time – and the way we choose to spend it – can greatly impact how content we feel about our lives.

Recent research shows that the key to engaging in healthier behavior may be tying tempting activities –like reading an escapist novel–to things we know we should be doing.